skip to main | skip to sidebar

Towards a 'Kapwa' Theory of Art: Multiplicity in Integrative Contemporary Practices

(What)…is the large percentage of the population of the world who could be categorized as 'Other,' to do when attempting to enter the bastions of the art world, other then, at least for women who might be perceived as desirable, take off their clothes; as Guerilla Girls' sardonically suggested in a series of poster placed in the New York City arts scene in the 1980s. That question, sans the mocking response, (which is both humorous and painful in its stark reality), forms the crux of this paper. What are additional ways for an artist from the non-dominant modality to position themselves and their work? What additional examples exist for coherent practice that acknowledge the multiple possibilities and hybrid and shifting positions of contemporary life? Where do I, as a hybrid Filipino Artist studying in Europe stand in relation to this debate? This essay neither intends to establish a definitive answer to these questions nor to privilege any artistic theory as a response to them. Instead, it represents an examination of the problem itself, followed by a brief expiration of the possibility of multiplicity using alternative theories.

Full text link provided by Leny Strobel
Posted by Rebecca Mabanglo-Mayor at 7:20 AM 1 comment: Links to this post

Email ThisBlogThis!Share to TwitterShare to FacebookShare to Pinterest
Labels: Kapwa and other indigenous and Filipino Values, modern practices


This paper was delivered during the Spirituality Forum III on August 5,2003 at University of Sto. Tomas CME Auditorium, Manila, Philippines. This article was previously published in Lecture Series 3 on Spirituality, 2004.

Spirituality has always been difficult to define. At the heart of the notion of spirituality, however, is the people’s search for the sacred, for a transcendent dimension to life, for something that gives people meaning in their lives, something that ennobles them to think of and be concerned about a higher cause, something that offers them inner connection and deeper purpose in life, something that helps them celebrate life and existence.

This essay by Paring Bert Alejo is refreshing in the way it articulates and clarifies, for me, the language of popular spirituality among the Filipinos especially of the masa/common folks. I find it interesting that the official church (Catholic) often deems this language as mere resistance against the church's dominant practices when in fact, as Fr. Alejo says, it is cultural energy that challenges our vocabularies of power.

Full text on Leny's blog, Kathang Pinay 2.
Posted by Rebecca Mabanglo-Mayor at 6:56 AM No comments: Links to this post

Email ThisBlogThis!Share to TwitterShare to FacebookShare to Pinterest
Labels: Kapwa and other indigenous and Filipino Values 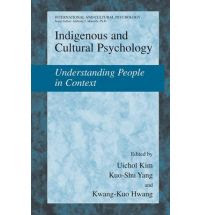 The development of indigenous psychology as a field has a short history. Its emergence has been stimulated by leading psychologists in various parts of the world. Virgilio Enriquez was a charismatic leader, championing Sikolohiyang Pilipino (Filipino psychology), which became a national movement in the Philippines (Enriquez, 1992; Pe-pua, Chapter 5, this volume). Durgan and Sinha was critical of “carbon copying” Western psychology and was a vocal advocate of indigenizing psychology. There were other scholars who stressed the importance of indigenous knowledge: Yoshi Kashima in Australia; Bame Nsamenang in Cameroon; John Berry and John Adair in Canada; Reuben Ardila in Columbia; Denise Jodelet inFrance; James Georgas in Greece; Michael Bond, Fanny Cheung, David Ho, Henry Kao, Kwok Leung, and Chung-Fang Yang in Hong Kong; R. K. Naidu, J. B. P. Sinha, R. C. Tripathi, Ramesh Mishra, and Girishwar Misra in India; Hiroshi Azuma, Akira Hoshino, and Susumu Yamaguchi in Japan; Sang-Chin Choi, Uichol Kim, and Young-Shin Park in Korea; Rogelio Diaz-Guerrero and Rolando Diaz-Loving in Mexico; Michael Durojaiye in Nigeria; Alfred Lagmay and Rogelia Pe-pua in the Philippines; Leo Marai of Papua New Guinea; Pawel Boski in Poland; Boris Lomov in Russia; Carl Martin Allwood in Sweden; Pierre Dasen in Switzerland; Kuo-Shu Yang and Kwang-Kuo Hwang in Taiwan; Cigdem Kâgitçibasi in Turkey; Padmal de Silva and Rom Harré in the United Kingdom; Fathali Moghaddam, Carolyn Pope, and Joseph Trimble in the United States; and José Miguel Salazar in Venezuela. They represented individual voices, with differing perspective and emphasis...
To bring together diverse viewpoints, approaches, and perspectives in indigenous psychology around the world, an international workshop entitled Scientific Advances in Indigenous Psychologies: Philosophical, Cultural and Empirical Contributions was held in Taipei, Taiwan, October 29-November 1, 2001. The purpose of the three-day workshop was to bring together leading scholars to document the scientific advances in indigenous psychology and to discuss possible integration of the field. The workshop provided an opportunity for participants to present their views and findings and to discuss the basis for integration and collaboration.
If we had to identify a weakness in the present volume, it is the lack of representation of psychologists representing indigenous peoples. The volume focuses on modern nations, and we could not fully represent scholarly work on indigenous peoples. We hope that a volume that focuses on the indigenous psychology of indigenous peoples will be published in the near future...

Submitted by Leny Strobel
Posted by Rebecca Mabanglo-Mayor at 6:52 AM No comments: Links to this post

Babaylan Issue at Our Own Voice Literary eZine

Babaylan* is a Filipino word that refers specifically to an individual or a group of healers, mostly women, who were acknowledged by friends and family as possessing extraordinary gifts… having a gift of vision; an ability to see through schemes or situations and later advise on future plans... or the gift for healing; a specific touch or intuited or passed-on knowledge to specific processes of ‘fixing’ and ‘putting’ people and things together. The first priority of all Babaylan [is] her community. --- Carlos Villa
*Babaylan is a Visayan term. Other terms for this role around the Philippines are arbularyo, hilot, mombaki, bailan/beliyan/bagyan, catalonan, dawac, or ma-aram...